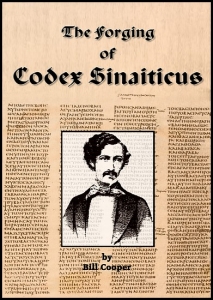 Can you trust your own version of the Bible which you have been reading for years?

A large body of old manuscripts, more than 5,000, called the Textus Receptus, was the basis of all the English versions from the time of the Reformation until the 19th century. Let us refresh our memory of what the Lord has stated in Scripture. The Bible claims that “no prophesy of Scripture is of any private interpretation, for prophesy never came by the will of man, but holy men of God spoke as they were moved by the Holy Spirit.” II Peter1:20-21, NKJV.

As copies of the Scriptures wore out with use, they were re-copied meticulously by Jewish scribes, and later by the Masoretes. They knew that “You shall not add to the word which I command you, nor take anything from it.” Deut. 4:2.

A similar injunction is given in Proverbs 30:5-6 and at the end of Revelation. The same care was exercised by the Septuagint translators of the Old Testament into Greek and by those such as William Tyndale and others who first translated the Bible into English.

In the 19th century, two further versions were brought to light by the Jesuits, the Codex Vaticanus and the Codex Sinaiticus. It was claimed that these were older and hence more reliable than the Textus Receptus. They differ from each other and from the TR in thousands of instances, and both omit the evidence for the Resurrection at the end of Mark’s gospel, undermining the whole basis of Christianity! Nevertheless, many of today’s English revised versions make use of these ‘older’ codices for their translations, by means of Westcott and Hort’s Greek New Testament of 1882.

In 2010 the Codex Sinaiticus became available for the first time for examination by the general public, with the publication of Hendrickson’s facsimile. It is also now available online through the British library at

Over the past few years, CSM, with its belief in the verbal inspiration of Scripture, has published a series of books by Dr Bill Cooper on the authenticity of various Biblical books. Now Bill has written The Forging of Codex Sinaiticus – an illustrated consideration of the anomalies and the many indicators of 19th century forgery contained in the manuscript. It reads as a whodunit and carefully explains the many factors that give the game away. First published on Kindle, this important book has already outsold even Bill’s best-selling After the Flood. Visit our online shop to get your copy!

We ask again, can you trust your own version of the Bible?

The last comment and 1 other comment(s) need to be approved.
1 reply

Want to join the discussion?
Feel free to contribute!