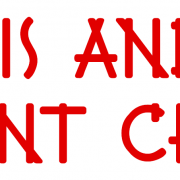 Since the original religion of the ancient Chinese is similar to that of the ancient Hebrews, it should not be surprising to discover that the inventor(s) of the ancient Chinese writing system knew and believed in an identical account of creation and earth’s beginnings as found in the book of Genesis in the Hebrew Bible. The oldest extant forms of the Chinese written characters have been preserved on bronze vessels and also on tortoise shells or scapula bones from sheep and bulls. The writing on the tortoise shells and animal bones is usually termed ‘oracle bone writing’. The modern form of each Chinese character as used today in Taiwan and Hong Kong is shown in parentheses next to the ancient form.

For example, the Chinese character meaning ‘boat’ is composed of three parts (radicals). How amazing that the Chinese character for ‘boat’ is defined as a ‘vessel’ with ‘eight people’ on it! This is identical to the first boat mentioned in the Bible (Noah’s Ark) which was also a vessel with eight persons on it, namely, Noah, his wife, his three sons and their wives (Genesis 7: 13). In addition, the Genesis record tells us that all the different people groups of the world, including the Chinese, are descended from Noah’s three sons (Genesis 9: 19). Therefore, since the ancient Chinese were descendants of Noah and originally believers in the one true Creator God of the Bible, it would be quite logical for them to want to preserve the true record of earth’s history as recorded in the early chapters of Genesis – and what better way of doing that than by means of a pictographic written language? As we say in our language ‘every picture tells a story’!

Thus every Chinese pictograph also tells a story! For example, the character meaning ‘righteousness’ shows clearly that the ancient Chinese knew that only by the sacrifice of an animal could sin be forgiven and blotted out.

In my ‘hand’ I take a ‘lance’ and slay the ‘Lamb’ as a sacrifice for sins. The ‘Lamb’ covers ‘me’ and God is able to declare that I am ‘righteous’ in His sight. This was the reason that both the ancient Chinese and Hebrews sacrificed to God.

But where did sin come from? Well the Bible tells us that God created Adam, the first man, and put him in the Garden of Eden to look after it. He also warned Adam not to eat from the tree of the knowledge of good and evil and that if he did so he would die (Genesis 2: 9,16-17). The Chinese character meaning ‘restrain’ records this command of God. Adam was to ‘restrain’ himself from eating with his ‘mouth’ from the forbidden ‘tree’.

Of course we know that Satan in the guise of a serpent came into the garden knowing that if he could get Adam and Eve to eat the forbidden fruit, then God, being just, would have to put them to death. He first deceived Eve into eating the forbidden fruit. The character meaning ‘to covet/desire’ shows clearly the ‘woman’ (Eve) ‘coveting’ the fruit of the forbidden ‘tree’ of the knowledge of good and evil which was next to the ‘tree’ of life in the middle of the garden (Genesis 3: 1-6).

Eve then gave some of the forbidden fruit to her husband, Adam, who was with her and he also ate. As a result sin and death entered into the world by Adam’s disobedience. The Genesis account records the terrible effect of Adam and Eve’s disobedience on all areas of life (Genesis 3: 14-24). The Chinese character meaning ‘trouble/difficulty’ tells the fact that all of mankind’s ‘trouble/difficulty’ is due to eating from the forbidden ‘tree’ in the ‘garden’.

However, as mentioned above God did not leave Adam and Eve (and all their descendants including us) without hope. As recorded in Genesis chapter 3: 15, He promised that He would send a Saviour who would eventually defeat Satan. Later, God revealed that this Saviour would be His own Son who would leave heaven and be born as a Man so that He could then die in our place on a different tree to the one that had brought sin, death and suffering – the tree that God chose for His Son was a ‘Cross’. The Chinese character meaning ‘Heaven’ or ‘God’ shows clearly how ‘God’ Himself would come from ‘above’ and become a ‘noble, great Person’.

We of course know that it was God the Son, the Lord Jesus Christ, who became the ‘noble, great’ Person from ‘above’. The God of ancient China, ‘Heaven’, is therefore none other than Jesus Christ. What an amazing conclusion to this pamphlet.

For readers who would like more information on this subject, the books ‘God’s Promise to the Chinese’ and ‘The Beginning of Chinese Characters’ by Richard Broadberry and Dr Ethel Nelson may be obtained from CSM. This author is also willing to give presentations on this subject and can be contacted through CSM.