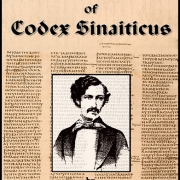 The main body of records dealing with the history of the early Britons is contained especially in two ancient books. The first is Historia Britonum or “The History of the Britons” compiled by Nennius in the ninth century AD: the second Historia Regum Britanniae or “History of the Kings of Britain” as recounted by Geoffrey of Monmouth and published by him in AD 1136. Both accounts deal with the arrival in these islands of the earliest settlers after the Flood.

Nennius, for his History, gathered together many different sources that were extant in his own day. Among them were various surviving oral traditions, but many written sources also, including certain Irish records, a Roman chronicle and many other written histories. Most of these records were already of great age by the time Nennius copied them out, and it is important to remember that in copying them Nennius made no attempt to doctor or edit the accounts in order to enhance his own credibility as a historian. He simply gathered them all into one book, ‘warts and all’, so that future historians could make of them what they would. It was a magnificent achievement.

The level of his achievement is demonstrated in the seventeenth and eighteenth chapters of his book in which are recounted the origins of various European nations. These included the Franks, Britons, Saxons, Bavarians, Thuringians, Goths, Valagoths and several olhers. The descent of these nations is traced in detail – verifiable detail – and Nennius follows them back to their very beginnings, to Noah through his son Japheth, thus supplementing the broader account that is contained in the tenth and eleventh chapters of the book of Genesis.

There was a time-span of several centuries between the birth of the European nations, as recounted by Nennius, and the coming to Britain of the Romans in 55 BC. This eventful period is described in the afore-mentioned work of Geoffrey of Monmouth. Geoffrey’s book covers in great detail the history of the early Britons, beginning with the founder of the race, Brutus, who colonised these islands in about the twelfth century BC. Until the coming of the Britons, the British Isles had lain uninhabited since the Flood. His history then goes right up to the time of Kings Yvor and Yni, the last kings of purely British descent who both died in the seventh century AD. Thus, some two thousand years of continuous history are preserved in Geoffrey’s book.

Geoffrey of Monmouth was an Oxford cleric who became Bishop of Asaph. His History, however, was itself a translation into Latin of a much earlier work. This book was written in the ancient British language now better known to us as Welsh. (The Welsh and the Cornish are directly descended from the early Britons). The book had been acquired by Walter of Oxford, a famous scholar and student of ancient history, and Archdeacon of Oxford. The book was a unique copy brought over from Brittany. Walter gave it to Geoffrey with the express command to translate it into Latin. Geoffrey wasted no time, and his book became a popular classic almost as soon as it was published.

Today it is fashionable to decry Geoffrey’s History as a work of fiction, though there was no motive for such an act of forgery by an eminent cleric. However, to accept such a notion, we would have to ignore the considerable body of archaeological evidence which tells us that whatever else it was that Geoffrey of Monmouth was writing, it was not pure fiction. Space forbids a detailed discussion of this, yet one instance will illustrate the point. In the fourth chapter of Book Five of his History, Geoffrey relates the occupation of London by Roman Troops. They in turn were besieged by the troops of the British king Asclepiodotus. The king demanded the surrender of the Roman Forces, and in return he offered them their lives. However, the Venedoti (a British warrior tribe) thought it better to punish the foreign invaders, and they beheaded the Romans en masse. The slaughter took place at a stream in London which the Britons called Nantgallum. This same stream became known to the later Saxons as Galabroc, and to still later Londoners as The Walbrook. The stream has since been built over. It is interesting to note that when its bed was excavated in the 1860s a large number of human skulls was found. These skulls were the remnants of what had once been some great pile of human heads. Now, is it likely that Geoffrey of Monmouth could have guessed what would be discovered under The Walbrook in centuries to come, and have made up a story to fit? Either the History is a true translation, or Geoffrey was a forger with uncanny prescience. It is much more likely that he was recounting an actual incident, taking his information from an early and authentic record of the event. There are several other archaeological corroborations of the genuineness of Geoffrey’s source book. Taken together, they tell us that his History is generally reliable, in spite of its now unfashionably long and flowery speeches, and its tales of a sometimes unlikely level of heroism. References to giants may seem far-fetched, but the Jewish Chronicles make similar claims for some Philistines.

In short, Geoffrey’s “History of the Kings of Britain” provides us with a vital historical link between the early post-Flood world and modern times. The same can be said for certain other ancient documents: