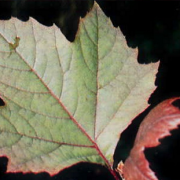 The biblical view of origins is of a perfect creation made in only six days just a few thousand years ago by an all-powerful and all-wise God. This world was destroyed by a global flood in the days of Noah. An ice age and the separation of the continents produced our present world in a relatively short time.

Conventional geology, on the other hand, portrays the fossil record as an evolutionary progression over thousands of millions of years. If this view is accurate, we would expect to find intermediate forms between different kinds of plants or animals. We do not find this, and this is a major problem for evolutionists. If evolution were true we would not expect to find fossil plants and animals exactly the same as those alive today. It is not widely known that, as well as fossils of extinct creatures, there are many, many fossils of extant flora and fauna that have not changed with time.

At present there is a creationist museum at Hagen in northern Germany complete with some five hundred examples of different fossil kinds together with the same creatures alive and well – trees and plants growing, fish, eels and turtles in tanks, insects and so forth. The specimens have been either dug up or bought by Dr Joachim Scheven, and he and his wife Wiebke look after all the creatures, caring for them on a daily basis. The museum is called Kuratorium Lebendige Vorwelt (Living prehistory Museum) and is situated at Unterm Hagen 22, D-58119 Hagen, Germany, not far from the railway in the suburb of Hohenlimburg. It is a fascinating place, open to the public by appointment. It is supported solely by gifts.

Dr Scheven is a research biologist possessed of encyclopaedic knowledge of palaeontology. He has travelled the world to amass his collection, which ranges from fossil flying reptiles to insects which look just like the leaves among which they live.